Puradigm has invented a new technology that has the ability to attack and control some of the world's most dangerous microbes (pathogens, mold, bacteria and viruses). The technology has been validated by some of the world's leading universities in microbial research and has been patented globally. Puradigm is the first commercially available technology that can actively purify both the air and surfaces, safely and effectively and is scalable to any environment.

This paper describes Puradigm’s Technology and discusses how it will be effective against Coronavirus.

I. What is Puradigm Technology?

Explanation of Puradigm Technology requires a definition for plasma - the fourth state of matter - the others being gas, liquid, and solid. A plasma is formed by exposing electrically-neutral gas molecules, that make up most of normal air, to a high energy source, such as electricity or ultraviolet light. A very small number of the many oxygen molecules each gain an electron and are reduced to negatively-charged “air ions”. Likewise, a very small number of the many nitrogen molecules each lose an electron and are oxidized to positively-charged “air ions”. In photocatalytic processes, these energized species interact in many chemical and physical reactions, both homogeneous and heterogeneous.

These “air ions” are highly energized, but the bulk of the surrounding gas molecules remain un-ionized and the mixture remains at essentially room temperature. These simple “air ions” are relatively short- lived (fractions of a second) and prefer to revert to their original un-ionized forms, or alternatively, combine with water molecules to form larger hydrated “cluster ions”, which have multiple electrical charges, and which may exist for several hundred seconds.

This enhanced technology involving “cluster ions” has intriguing properties. Those defined as “reactive oxygen species” (ROS) are very chemically active and can convert most VOCs into simpler products of complete oxidation like carbon dioxide and water. Those defined as “reactive charged species” (RCS) are very physically active and can agglomerate fine particulate matter PMx into larger clumps that are more easily removed from the surrounding air. The distinction between ROS and RCS is mainly semantics. ROS are assumed to be involved in chemical reactions; RCS are assumed to be involved in physical reactions. Both can and do occur simultaneously and sequentially.

Air molecules become ionized when exposed to thermal, electrical, or light energies. Physico-chemical reactions (both physical and chemical) are accelerated on the surface of a photoactive solid exposed to light [typically titanium dioxide (TiO2) exposed to ultraviolet (UV) light]. This reaction generates free

hydroxyl radicals ( HO• ) that react further to form various ROS and RCS. Photocatalysis is very efficient and does not require high energies or result in high temperatures and loss of heat.

Puradigm LLC currently applies this enhanced process to reduced air and surface bound pathogens in any indoor space. The energy source is a broad-spectrum, high-efficiency dual-wavelength UV X lamp (253.7 & 185.4 nm). A unique honeycomb matrix is used to maximize surface exposure available to promote photocatalysis. Rates of the most desirable reactions are further increased by applying the UV light directly and reflecting it indirectly onto the photocatalyst matrix to greatly enhance the ionization efficiency of air passing across the cell. Any accumulation of undesirable films on the catalyst surface is also minimized. A proprietary six-metal hydrophobic coating on the honeycomb further enhances the production of preferable reactive oxygen species while eliminating the formation of undesirable ozone and nitrogen oxides. Free radical reactions with water vapor promote the formation of hydroxyl, superoxide, and hydroperoxy radicals that create an aggressive atmosphere of reactive oxygen species and reactive charged species. The ionized clouds of ROS and RCS are then directed into enclosed spaces or rooms where they have pronounced effects on pathogens.

Cell walls of bacteria and provide structural support and protection of the membrane and the cytoplasm. Depending upon the species, bacterial cell walls may contain peptidoglycan, a polymer of sugars and amino acids, and lipopolysaccharides, containing lipids and polysaccharides. These and other chemical components make up one or more layers of the bacterial cell wall, which can have different configurations and thicknesses for different classes of bacteria. The exteriors of non-bacterial cells and non-microbial bioaerosol particles have different structures.

A complete virus particle, known as a virion, consists of nucleic acid surrounded by a protective coat of protein called a capsid. These are formed from identical protein subunits called capsomeres. Viruses can have a lipid "envelope" derived from the host cell membrane.

A typical bacteria and virus structure are shown in the figure below:

In the ‘after’ image, on the right, the shriveled “prunes” effect can be clearly seen.

The mechanism that might be invoked to explain specific inactivation of bioaerosols by Puradigm “cluster ions” (ROS and RCS), however, may be quite different. The dead cells in photomicrographs appear as “pincushions” struck by tiny invisible arrows. The use of the word “target” seems apropos. Damage by ROS appears to be confined to the structures of the cell wall and no internal structures appear to be adversely affected. This has a consequence in that RNA and DNA in the interiors of the cells do not appear to be affected. Selective neutralization of net surface charges by RCS on the outer cell wall is involved in the agglomeration of dead cells.

The inactivation of a typical bacteria by Puradigm Technology is shown below: 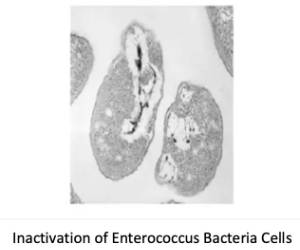 In the image above, the“pincushions” effect can be clearly seen as is distinct from the typical the shriveled “prunes” effect shown above. This gives Puradigm Technology unique advantages over traditional methods, such as ozone or hydrogen peroxide inactivation.

The pincushions effect could be described as a mechanical kill method rather than the traditional chemical kill method. This offers two distinct advantages:

III. How has Puradigm Technology been tested?
A. PathogensTestedbyKansasStateUniversity

Puradigm maintains a safe environment for plants and animals while still giving up to 2-4 log (99%-99.99%) reduction rates on some of the most dangerous microbes (pathogens, bacteria and viruses) found in indoor environments. The technology has been tested and validated by Kansas State University.

The following is a high level summary of various tests performed with Kansas State University. Pathogens tested include:

The results are tabulated below:

Puradigm has been tested in Healthcare settings and obtained the following results:

The UC Study measured the Puradigm impact for:

A summary of the results are tabulated below. 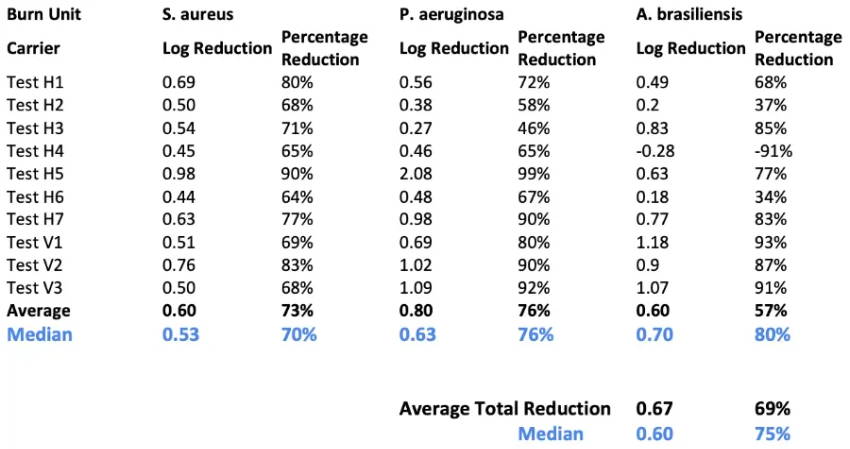 1. Staphylococcus aureus
A summary of the results are tabulated below. 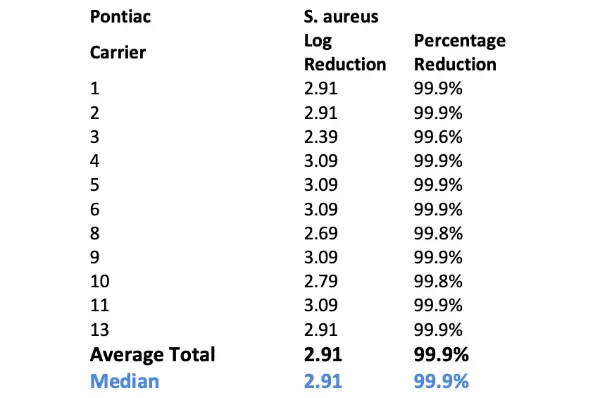 A summary of the results are tabulated below. 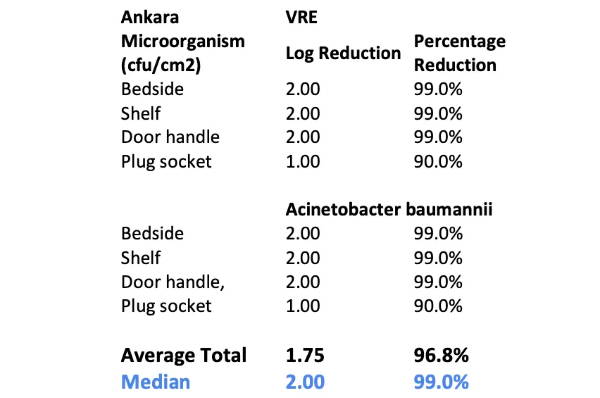 IV. Likelihood of success on Coronavirus

The likelihood of Puradigm Technology inactivating coronavirus is ‘VERY HIGH’ because of a number of factors;

(*) Puradigm® and other marks are registered trademarks of Puradigm, LLC.

Connect with a Puradigm Professional at LIVING.KY For Your Custom Solution Today!

Please either provide us with your details below, call or send an email so we can provide you with pricing and the perfect solution for your home or business.

What are you looking for?